How to Choose an NFT Technology Stack?

If you are thinking about choosing an NFT technology stack, it is no coincidence. According to Google Trends, from 2015, when the first NFT project was launched, until February 2021, interest in NFT was quite mediocre.

However, that changed after the NFT of Mike Winkelmann "Everydays: the First 5000 Days" was sold for $69.3 million or 42,329 ETH at British auction house Christie's. And now we are seeing how quickly the platforms are improving and new NFT trading platforms appear. That is, after a slight lull, NFT is trending again.

Let's start with a system through which users can store and receive content. Similar to BitTorrent, IPFS is a peer-to-peer network that allows information to be distributed around the world. The difference from other decentralized networks is that a block is an independent unit transmitted in the network. A block can contain both a part of a file and links to other blocks. After that, you need to get a directed acyclic graph and collect a directory or file from it. This protocol uses content addressing in the global namespace on this p2p network to identify each file uniquely. IPFS is open source, allowing developers from all over the world to contribute to its development.

The Ethereum Foundation developed this platform as part of its proof-of-concept series back in 2015. It is the most popular blockchain today. This platform is implemented as a single decentralized virtual machine. It is the Ethereum Virtual Machine (EVM) that allows transactions. Ethereum has its cryptocurrency (ETH) and also allows you to create and exchange NFTs. In addition, many other cryptocurrencies operate as ERC-20 tokens on top of the Ethereum blockchain and have used the platform for an initial coin offering. Popular games like CryptoKitties, Axie Infinity, Gods Unchained, Decentraland use ERC-721 NFT. ERC stands for Ethereum Request for Comments.

Since Ethereum is an open-source project, any user can propose a new token standard. Thus, Ethereum combines decentralization, an open-source blockchain with smart contract functionality. But is Ethereum free from flaws? Alas. The main disadvantage of this platform is the high transaction fees. EVM uses a unit of account called gas to calculate transaction fees. Open-source development is currently underway for a significant Ethereum update known as Ethereum 2.0 or Eth2. The update's primary goal is to increase the network bandwidth from approximately 15 transactions per second to tens of thousands of transactions per second. It is planned to be achieved by dividing the workload across multiple blockchains running in parallel (it is called sharding) and then forcing them all to use the same blockchain with proof of stake by consensus. Who knows, maybe this will help Ethereum lower transaction fees.

Binance is the largest cryptocurrency exchange by trading volume, and of course it wants its own piece of the NFT pie.
DApps and tokens created on BSC are compatible with the Ethereum Virtual Machine (EVM). There are also cross-chain projects of these two platforms. Also, don't be surprised if you notice that public wallet addresses have the same names in both blockchains. It's simple - BSC is a hard fork of the Go Ethereum (Geth) protocol. The changes that the developers made to the blockchain mechanism made transactions faster and cheaper. Here are low fees, fast transactions, compatibility with MetaMask and Trust Wallet wallets. Not surprisingly, this blockchain quickly won over its supporters. However, do not forget that compared to the previous one, this is a very young platform, and it is possible that with the advent of more significant popularity, the commission and the cost of gas will increase. The Binance NFT platform was launched in June 2021 to allow its users to trade and create non-fungible tokens. In 4 months, the marketplace has earned more than $103 million. As part of its first Initial Gaming Offering (IGO), the marketplace will allow users to purchase NFTs of the DeRace project.

On June 1, 2018, the private company block.one developed and launched the EOSIO platform, which is open-source software that allows you to deploy, run and build blockchain-based applications. EOS.IO is a blockchain protocol based on the EOS cryptocurrency. The EOSIO platform has an EOS NFT trading platform for working with non-fungible tokens. Compared to Ethereum, the EOS platform has several significant advantages. The first is low transaction fees; the second is that EOS smart contracts are developed in C++, and, finally, the third is the ability to cope with large-scale decentralized applications. EOS was designed to meet the need for large-scale decentralized applications, while Ethereum was designed so that the system could only manage 15-20 transactions per second. Moreover, the smart contract platform claims to exclude transaction fees. Comparing EOS to Ethereum, for example, it's safe to say that EOS is, in some ways, superior to Ethereum.

WAX (The Worldwide Asset eXchange ™) is used by millions of people worldwide as a transactional ecosystem of blockchains for NFT, decentralized applications and video games. WAX (WAXP) is a custom-built blockchain released in 2017 designed to speed up, simplify and secure e-commerce transactions for all parties involved. The WAX ​​blockchain uses Delegated Proof of Stake (DPoS) as a consensus mechanism. It is fully compatible with EOS. Also, the WAX ​​community can make transactions with zero commission.
According to DappRadar (https://dappradar.com/industry-overview), WAX has over 325,000 daily users and over 15 million transactions per day. In addition, WAX Cloud Wallet is the most used blockchain wallet globally, with over 5 million accounts.

Faced with the Ethereum congestion problem in 2017, the CryptoKitties development team realized they needed an alternative decentralized blockchain. It should be fast and easy for developers. This is how Flow appeared - an open-source blockchain with its smart contracts. Flow serves as the foundation for the entire ecosystem of consumer apps, including games, collectibles, and the apps that interact with them. Flow operates on a new type of architecture that delivers the performance required for mainstream applications without compromising decentralization (unlike Ethereum 2.0 without sharding). It means that developers will be able to build secure and composable apps on Flow that open up new possibilities for billions of consumers worldwide. The developers managed to achieve this thanks to the introduction of some innovations. Namely, it is a pipelined architecture, a new cryptographic technique, and a single shared state for all smart contracts.

There are many subtleties to consider when choosing an NFT technology stack. Do not forget that technologies are constantly improving and therefore the situation is changing. The correct way is to hire an NFT development company. Professional advice will help you save your time and, therefore, effort and money. You can find a decent development company at Clutch or GoodFirms also check our list of Top NFT Development Companies. Don't forget that NFT is just the pinnacle of the project, which means that you will need a team of responsible people. Zfort Group professionals will be happy to help you complete your project from scratch. Our developers have ample experience with a wide range of standards, including ERC-721.

We can help you with the following services:

Zfort Group at your service! 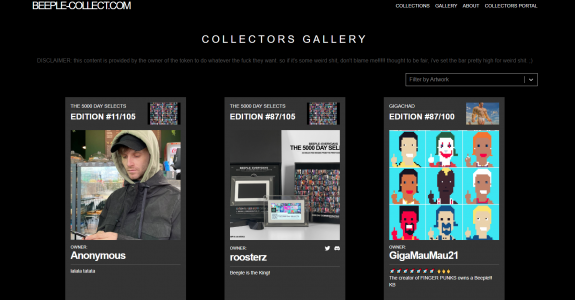 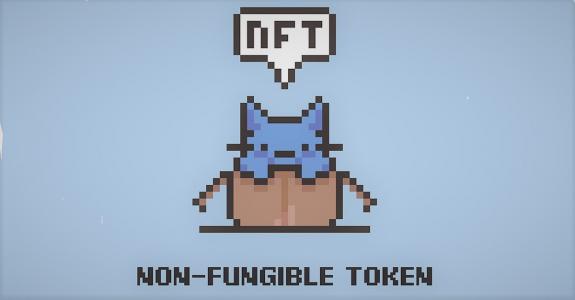 How to Choose the best Blockchain Technology for NFT Minting?