Build your own NFT Game!

What Is The Sandbox?

Sandbox is a blockchain game based on Ethereum technology, where players can interact with each other and the game itself using NFT tokens. The game has its own tokens called Sand. This token is not only a means of exchange and purchase of NFT. It is also a management token. Now the platform includes Voxel Editor, Game Maker, and NFT Marketplace.

The first step in the process is to create a unique item, let's say a zombie dragon, and mint it on an in-game NFT. Then players can sell and exchange their NFTs on the internal marketplace. Finally, you can create 3d games with absolutely no programming knowledge!

A notable point in this story is that NFT was not originally the main idea but appeared after. In the beginning, Sandbox was a popular mobile game for Android and iOS. Later, it was decided to add a blockchain element to the game and turn it into a world that players can create themselves, much like Minecraft. Build your own world, build your own Sandbox.

As you can see, Sandbox is an example of a game that has been improved and integrated with the NFT element after. Our company has the expertise of how to embed a blockchain system into an existing project, no matter what it is - mobile game, web game, or something else. 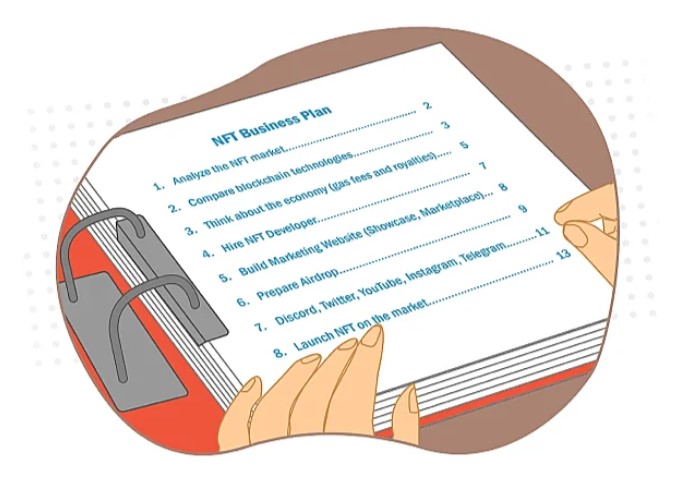 We can build a Marketplace NFT from scratch.

What main points can you take from Sandbox?

Here we have pointed out the main components Sandbox consist of. Knowing them, you can build your own successful NFT project. You don't have to repeat everything to the pixel, but it is useful to know how your future competitor works. Also, you can look at other NFT games and take something from them too.

A unique marketplace from Sandbox. Here all users can exchange, create and buy NFTs. This is a regular NFT market, but the only product is NFT from Sandbox. For them to appear on the marketplace, users must create them. It happens in the following way.

First, new assets are uploaded to the IPFS network for decentralized storage, and after their ownership is confirmed, they turn into full-fledged assets.

This is where all NFT Sandbox starts. Voxel Editor is a particular constructor for creating new game objects. All assets are made from square 3D pixels that look like building blocks and are easy to manipulate.

An ordinary person will be able to cope with this task without special knowledge of 3D design, which simplifies the task, lowers the entry threshold, and attracts more people. In addition, this constructor allows talented artists to express themselves and create a complex object that will be presented on the Sandbox internal marketplace.

Sandbox game maker is also made for ordinary people. Users do not need to know the code to create games. It is enough to write game scripts in the already available functionality and use characters that you can create yourself. Each such game attracts new users to the universe.

You can create a cool game just for friends that can grow into something that will be played by millions of people. For example, a custom map - Dota started as a game for friends, but people so much liked it that they started to share it with everyone at the speed of light. Today it has grown into a whole concept that has long gone beyond Warcraft.

All NFTs in Sandbox are based on Ethereum. Of course, there is an add-on of Tokens called SAND, and it has its own value already. This is the right strategy for taking a large blockchain and creating your own token based on its protocols.

And only then new NFTs are minted from this token. The only problem is scalability, speed, and the resulting high cost of transactions. Ethereum was not designed for big waves of NFTs. Therefore, our advice is to use the same big blockchain and create your own token but look at other worthy candidates, such as Solana and Polygon.

So if you want to make your own NFT, you are in the right place.

So if you want to make your own NFT, you are in the right place.