Today, the NFT market continues to grow, and a whole new direction in the NFT has already been developed, and it is virtual land NFT. Several successful companies have already formed in this direction, an example of which may interest you.

Of course, these companies are attractive primarily as a place to invest money. As we wrote in the previous article, there are several main ways to make money in this market: buy a ready-made virtual NFT land, invest in a virtual land NFT startup and start an independent coMPANY to sell NFT land. We have prepared a list of the most successful companies already making daily sales and increasing their capitalization every day. Watch, analyze, be inspired! 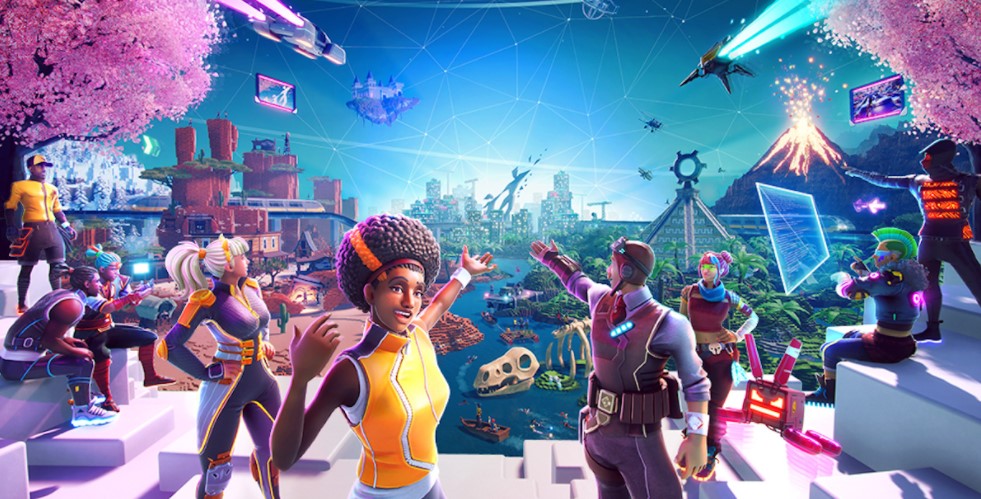 The first company on our list is Metaverse. This is the brainchild of Mark Zuckerberg, who renamed his Facebook to meta and now creates a virtual world - Metaverse. This is probably the most ambitious and major project that exists now. According to Zuckerberg, the Metaverse will be a full-fledged version of the real world, but with advanced features, which can be located using virtual reality glasses.

In this new world, it will be possible to spend leisure time, communicate with people, play games, work fully as if in a real office, and so on. Since Zuckerberg said that it is impossible to build a full-fledged Metaverse alone, other companies worldwide will likely join it. In the project, this is similar to the very concept of the Internet, where there are the most popular sites where you can create your accounts, but there are also personal and small websites. How it will look is too early to judge, it is only clear that theoretically, it can bring big profits to investors, but the risks are also high. 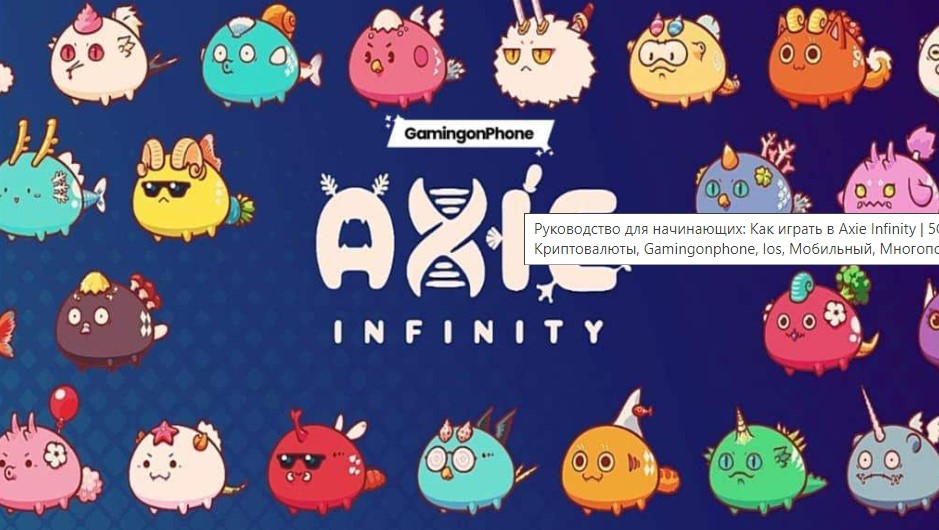 This platform was originally created for gamers, people who love online battles, drawn monsters, virtual fantasy worlds, etc. Therefore, NFT is primarily built around in-game characters here. But despite this, they have a huge potential to build their own multiverse, which means there will be virtual land.
Now its NFT land is at the development stage, and it is planned not just as a piece of land but a full-fledged gaming area where you can craft items, serve characters, build houses, get resources, and so on. It will also be possible to upgrade homes and plots, change their configuration, color, etc. This is an example of how a working oil and gas business is starting to transform and expand its scope of activities.

An interesting example of a mobile game in the sandbox genre, which has successfully developed into a full-fledged playground of the NFT virtual land.
Initially, Sandbox is a mobile game where players can create their own worlds using game resources such as soil, water, sand, etc., and share them with other players. Something similar can be seen in Minecraft.

Now the game has received multibillion-dollar investments for further development and many eminent investors who can attract a new audience just by participating in the project. The platform allows you to buy NFT land and create your own characters, buildings, and games without knowing the code. This means a promising future that is as client-oriented as possible and does not require special knowledge, which means that nothing interferes with a large flow of new users.

Another great 3D game developed by Argentinians. It gained prominent popularity and value from the waves of hype in cryptocurrency and the Facebook metaverse. Decentraland has several thousand users who buy and resell land, game items, and even their own account names. So one of them has already been sold for 362 thousand dollars.

That is, there is demand and money. The problem in the platform is in the technical hitches that hit the small online. This is one of the problems that must be considered at the development stage of such projects.

The big project is based on Earth's real planet with already existing objects. The idea is to have virtual copies of the real planet earth. Next, Earth has three types of land titles: water, urban and non-urban.
Tiles can have one of two classes: Art class or Land class.

There are some restrictions on what kind of tile can be Art class. However, there are no restrictions. You can own the Schwarzenegger house, the Eiffel Tower, or even the Taj Mahal. Also, any islands and oceans are at your disposal. So far, the platform works only as a sale of oil and gas land, but perhaps later, it will add more functionality to itself. 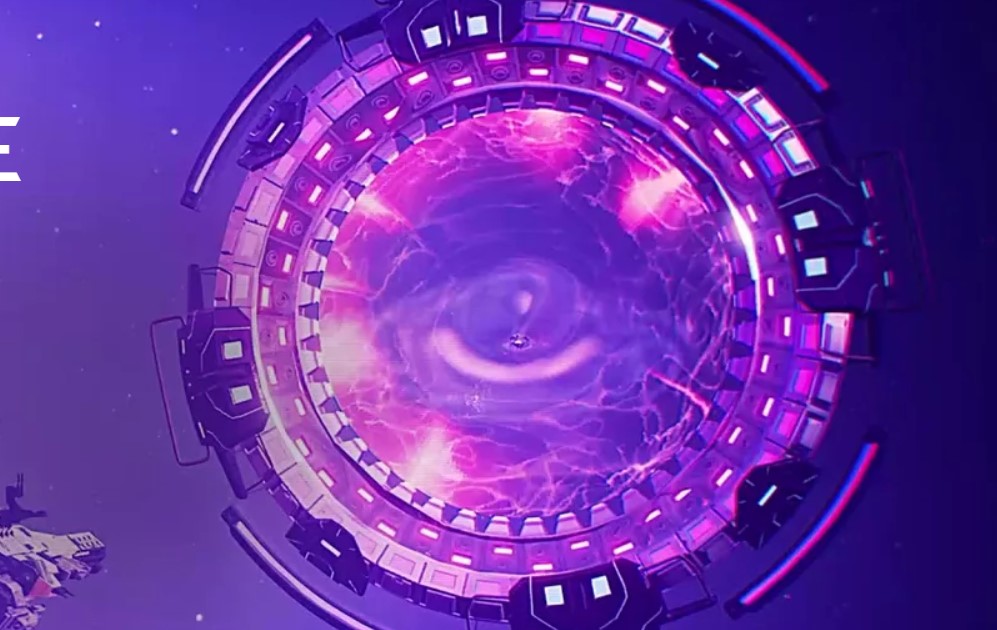 It is an interesting game created by a crypto-enthusiast, Loopify. According to him, it will be the first NFT MMORPG. Initially, it was conceived as a social network for its own discord, but now it is growing into a large project with great opportunities.

It will be possible to sell and buy land, exchange resources, upgrade characters, fight battles, and so on, but all this will have NFT technology at its core. Built-in a retro style, the game uses graphics reminiscent of classic games like Pokémon and Runescape.
Loopify: "Traverse will be very community-driven and will have a unique art style compared to other traditional games." 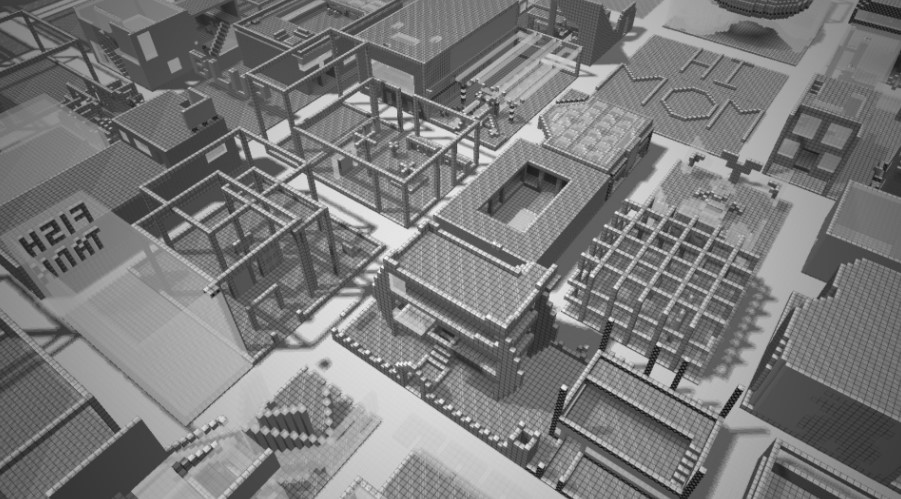 The last project on our list is a large city-owned by the company itself called Origin. The company owns the city itself and the streets, and the members own real estate in that city.

Users can create houses, castles, shops, galleries, clubs, and other places to spend time using voice chat. In spirit, it is similar to the virtual world of a discord server, where there are also many different rooms in which various participants can be.

As you understand, we are a development company with rich experience in blockchain technologies and can develop any NFT project from scratch. We already have NFT collections projects and a virtual land NFT game. We can also help you transform your existing project into an NFT project by adding all the necessary infrastructure. 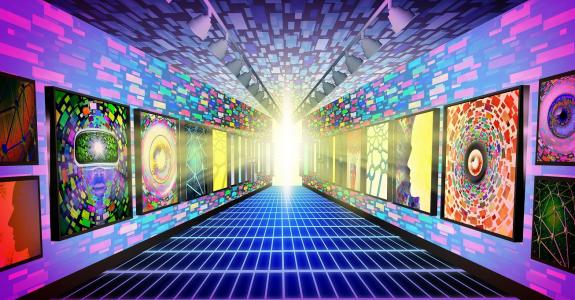