No time to read? Play audio version below↓

Hi Marvin, you're an Early Stage VC Investor, former Partner at 500 Startups, and you're the one able to answer some of the most pressing questions today. One of the first that comes to mind to any startup founder is: Are you still investing?

Well, yes. I'm still looking at investing my own money. But the reality is that it's going very quiet.

Do you apply any additional standards to startups to make sure the startup will make it through the current situation?

I don't think there's a lot of investments and deals going on right now. Partly, because if you've been investing for a while or you're an angel investor, your public stock portfolio is decimated, so you should be staying in cash. Also, you should be spending time with your present companies and helping them figure out their challenges and issues and core structure right now. So if you're fundraising right now, you should not be fundraising.

I've just had this conversation with several of my old portfolio companies over the last 2-3 weeks. Unless you have a term sheet already, you should stop fundraising, because no one is going to be investing right now.

And for how long is this period going to last?

Honestly, I don't think anybody knows. My guess, assuming we get a handle on Coronavirus, and we get a better perspective on what's happening… It's just so early right now, at least in the US and Europe, and all the news is really bad. And if there's a recovery in summer, then I assume the market will come back in September. If we don't have a handle on this, I think it might be not for a good while.

The market is gonna shut down for a long time. I think a lot of folks are just not gonna be spending money. There will be deals being done; I think valuations will come down a lot. My best guess is that the market from the fundraising perspective will come back in September, assuming the overall economy will go back to normal. And if it doesn't, I think it'll slowly come back in 2021. And there still be deals being done in 2021, but I don't think there will be as many, and the valuations will be much lower.

Are you going to concentrate on the teams you already have? What's your go-to advice for them?

The biggest thing is looking at their overall cost structure, like what they're spending their money on, what is critical, what is not as critical — looking at the headcount. Maybe, some hiring they were planning or going to do. So, looking at the cost structure, accounts receivables, etc. Any sales that you can try to push to close, if you're fundraising, close whatever you can, close right now. So it's a combination of bringing new money in from either present investors or new customers, if possible. Well, it's all about managing the money you have right now.

Is outsourcing an option for them?

I don't think it's an option now, as for most startups, it's more about just surviving. So this option is definitely not on the top of their head. I don't think they're looking to bring any new relationships at this point; it's more about how you manage what you have. So that's my take.

Thank you. If you had known about the upcoming pandemic three months ago, which startups would you have invested into?

I think anything related to remote work, remote education, companies in general. If you look at Zoom, they've done incredibly well. Then, Slack has become so critical for so many companies. I definitely think whether you're publicly traded or a private company, anything that helps remote work or infrastructure is good. You know, even gaming as well, a tool for entertainment. Being locked in a house for 2 to 3 weeks or longer, you can see core work functional products, software products, like Loom, video products, Figma, etc. Products have become much more mission-critical today.

What about digital health products? Is it a growing trend now?

I can only speak about the US market which is highly regulated. I think we'll start to see the real use case of telemedicine. For a  lot of other companies, its not as clear they'll make it. I would say, pretty bullish about that space, even there are a lot of competitors. I think it's a very good thing from both investors and customer's perspectives.

Do you think there will be more "fake" health startups like Theranos?

I think there's not much money flowing around from an investor perspective, I think that filter in the due diligence process is gonna be way tighter, and I don't think we're gonna see many of them in the future.

Good news! Well, I know that you were supposed to speak at RemoteAID 2020. The topic is extremely relevant today. Do you believe high-quality software can be created by a distributed team?

There are cases already; there are companies already successful with their fully remote and distributed teams like Close.io, GitLab, GitHub, Buffer, Zapier, InVision. There's a lot of very good software companies. And the reality is that a lot of Silicon Valley companies in the last one or two years have become 100% remote. That will happen to many other companies in the post-Coronavirus world. Most startups are remote by default now, and it's a growing trend.

What's the biggest lesson you've learned during the previous crisis in 2008?

To me, the crisis of 2001 was the worst crisis I remember by now. The biggest lesson is that you always wanna have reserves, I don't know if I've done a great job there. But having cash reserves as a company, even managing your costs structure tightly.

I don't know if a lot of companies have done that in the last four or five years, because of how much money was in the ecosystem. Going back to these basics, having much more disciplined, tightly-run companies. I think you're gonna see a lot of that coming back into vogue, and I'm not sure it was the case before the last couple of years.

So we're in the beginning of the crisis now, from your perspective?

I don't think anybody knows, as we have a lot of economic challenges, but they are secondary effects. We're getting an economic crisis because of the health crisis. And now, we're very dependent on how fast we are able to get on top to fix the health crisis. If we fix the health crisis, I think we'll get back very strong. If we don't fix it, I don't know how long it will last. Even during the recession in 2001 or 2008, we didn't have a health crisis, and people continued to go to restaurants and malls. Now everything is closed, and I don't know how it will play out within the next couple of weeks or months.

Sounds not so positive, I'm afraid…

It seems very sad now, but when I see countries like China, Taiwan, South Korea, I think if we manage the health crisis fast, we'll get back to normal very fast. Hopefully, I'm consciously positive about that; we'll handle it within the nearest four to six weeks.

That sounds reassuring! I think that's all for me now. Thank you so much, and stay safe!

Thank you, take care, and manage your costs! :)

How Much Does it Cost to Build a Multi-Vendor Marketplace Like eBay? 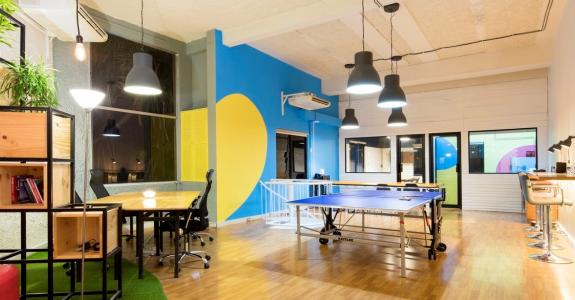 Make the most of our two-decade experiwence of developing software products to drive the revolution happening right now. Contact us to learn more about the AI development solutions.