If you’ve been looking around for a Laravel development company, but you haven’t been able to find a good one, you’ve come to the right place. It’s not necessarily as popular as some of the other frameworks on the market, but that’s because it’s a little more specialist and is built with more specific use cases in mind.

But we’re getting ahead of ourselves, so let’s take a step back. Now, we will look at what Laravel is and why you might want to think about using it, along with some of the best companies out there to give you a helping hand.

Let’s get started by taking a little look at the whats and whys of Laravel so that you’re up to speed with what it is and what it does before we share some suppliers.

Laravel is essentially a free-to-use PHP framework that’s distributed on an open-source model. You can take it and use it to build your applications using the basics that it puts into place. In particular, it was developed for web apps that use a “model-view-controller” pattern(MVC).

Branding itself as the PHP framework for web artisans, it’s better than building with pure PHP because of its foundation for developers. It means that less time is needed to build basic functionality because it’s already there. It’s like going in to build a house after the foundations have already been laid down.

Which companies use the Laravel?

We could fill an entire article just answering this question. That’s because it’s arguably the most popular rapid web app development framework, powering over 70,000 applications. The easiest answer to the question, then, is “lots of them”.

Why did Laravel become popular?

There are dozens of benefits to using Laravel, and so its popularity is a result of all good factors coming together.

Just a few of the main advantages of Laravel include: 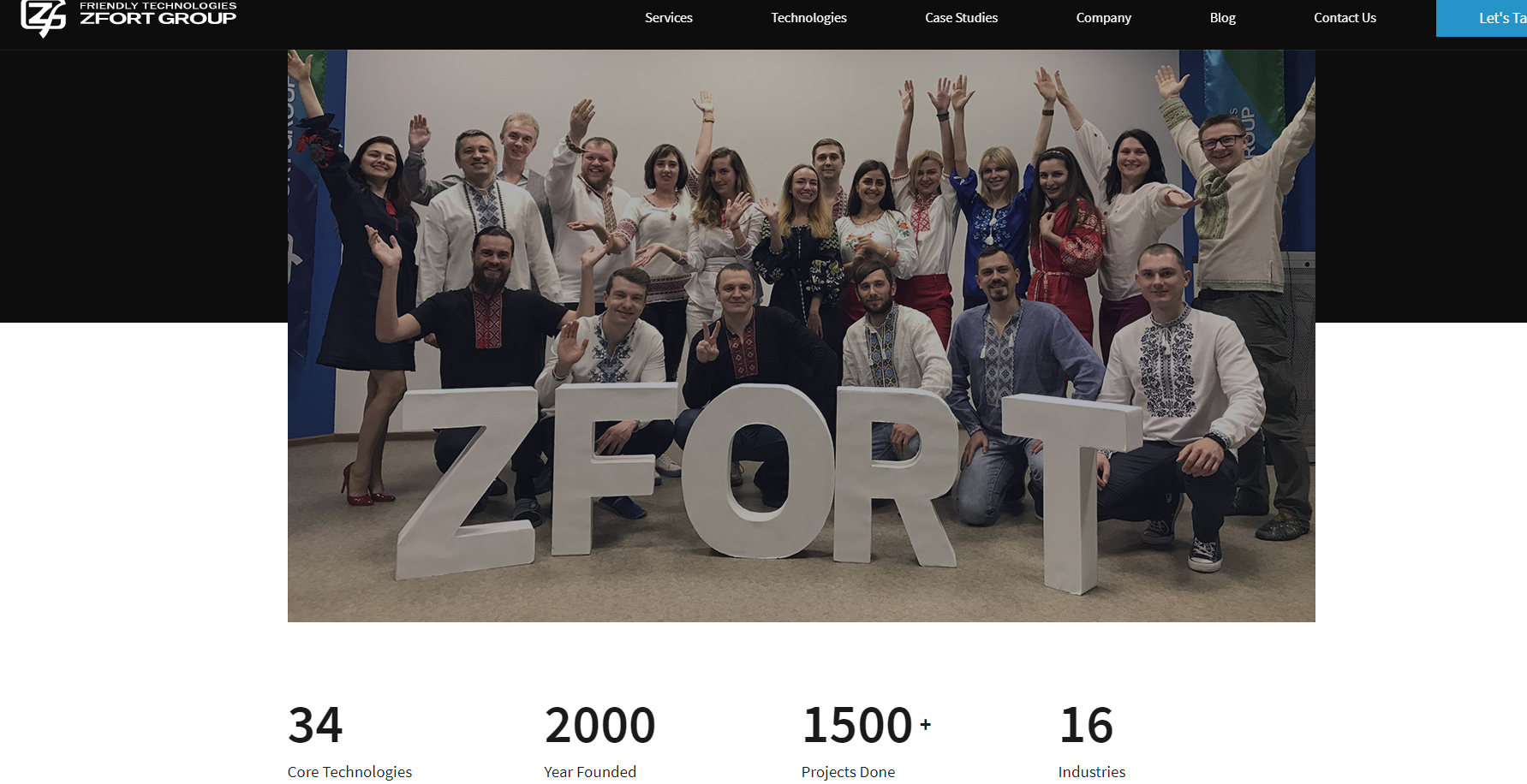 Zfort Group prides itself on creating innovative, world-leading software for companies of all shapes and sizes. They’re focused on finding solutions to business problems instead of just building software in their pet programming language or being distracted by trends and buzzwords.

They’re also noteworthy because of their unique approach to development, which relies on their proven methodology tailored to sixteen of the primary industries that they work within. The result is a reliable development service that delivers on time and budget.

Founded back in 2000, this gives the company over twenty years of experience serving its clients across a range of key industries, with over 1,500 projects completed for over 250 US clients.

They have four international data centers to ensure the fastest possible load times for the websites and applications that they create. This is just one of the many reasons they’re a trusted development partner for both startups and international corporations. 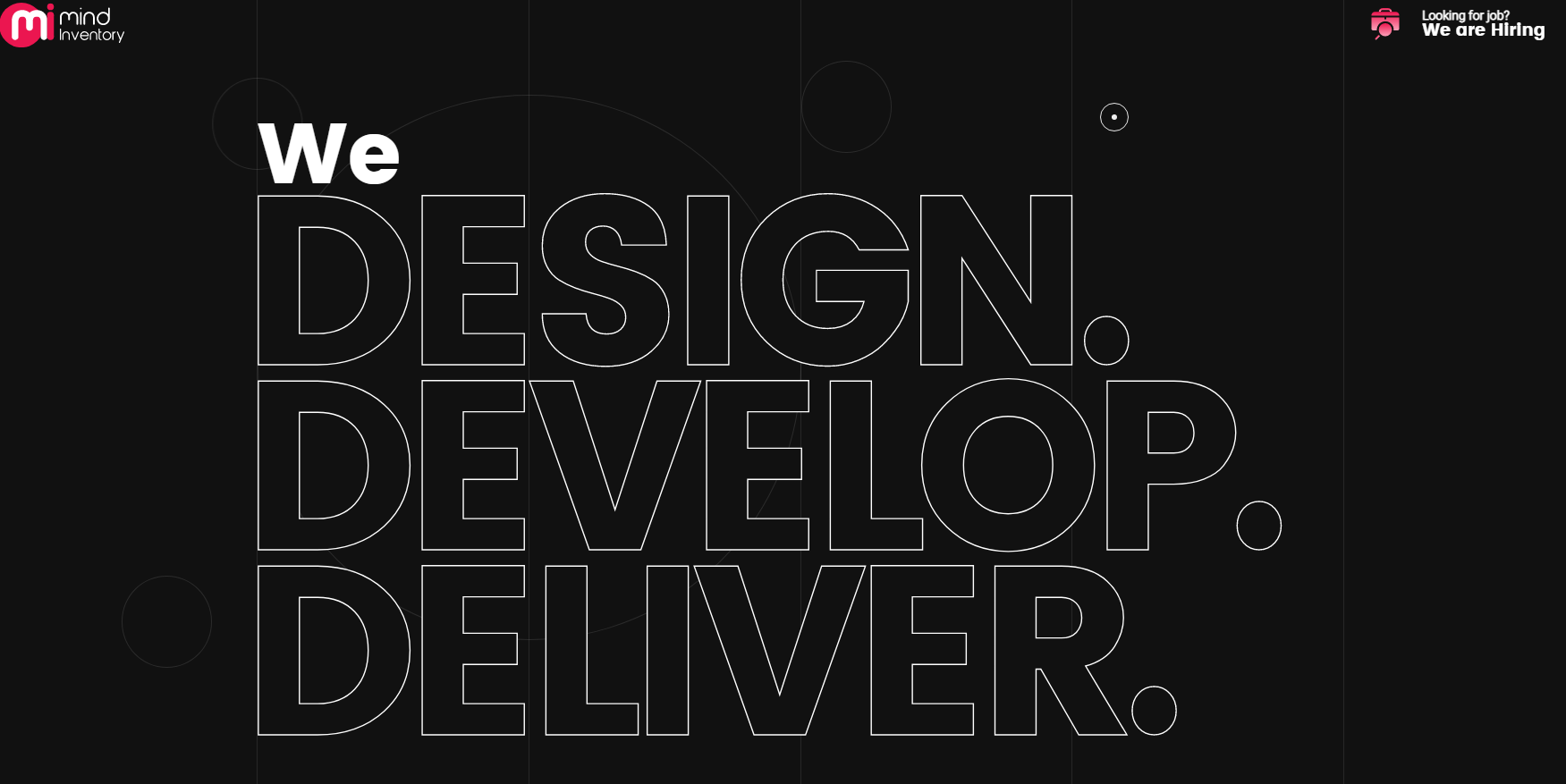 MindInventory boasts of its ability to tap into state of the art web design and web development. They have a fairly impressive portfolio of projects that helps to show that off. They also have a huge development team of over 450 Laravel experienced developers who’ve worked on hundreds of builds for their various clients.

Because of the size of their team, they’re able to offer a comprehensive service, including software architecture, web design and development, QA testing, graphic design, content creation, and more. They can also lend a hand when it comes to strategy, making them a pretty respectable all-rounder.

This company has over ten years of Laravel development experience and specializes in secure builds that are ideal for regulated industries like healthcare and finance. They use the latest version of Laravel and go above and beyond to code with security in mind first and foremost.

Another exciting thing about CodeClouds is that they have a solid client retention rate of over 95%, showing that they tend to impress people enough to make them want to continue working with them. Their employees have an average experience level of five years, and they operate all over the world.

The clue is in the name here. Innofied is an innovator with a good reputation for cross-border Laravel development thanks to its international offices in the USA and India. This allows them to keep their overheads relatively low while still providing a US touchpoint for those who like to have a local contact.

Like CodeClouds, they have a particular focus on security, and their employees also have a similar amount of experience, averaging at around the five-year mark. They work across various industries and have been behind some of the world’s most highly trafficked Laravel builds. 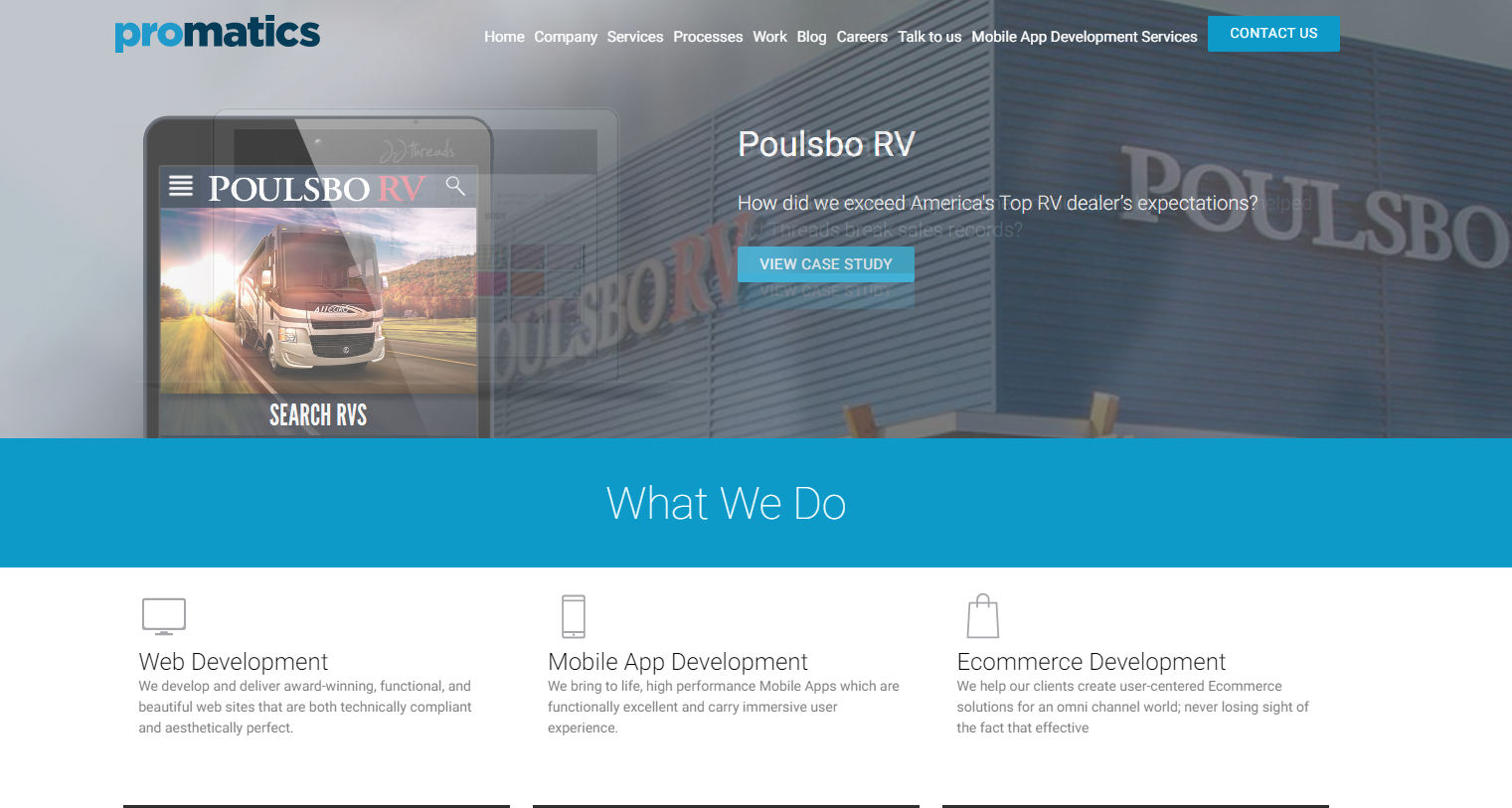 Promatics is a PHP specialist with a particular focus on Laravel, though they’ve also been known to work with other technologies. Founded back in 2008, they’ve built up a pretty good reputation for creating high quality Laravel builds at reasonable prices, and while they’re not exactly the most skilled developers on the market, they still do pretty well when it comes to the reviews and testimonials that they’ve picked up from their clients.

This company is also known for its custom builds, and so if you’re looking for a pretty standard Laravel build with no major modifications to the source code, you might be better off looking elsewhere. But if it’s a bespoke, competitive build that you need and you want a team with years of experience and a bunch of industry-leading builds beneath their metaphorical belts, Promatics could well be the company for you. 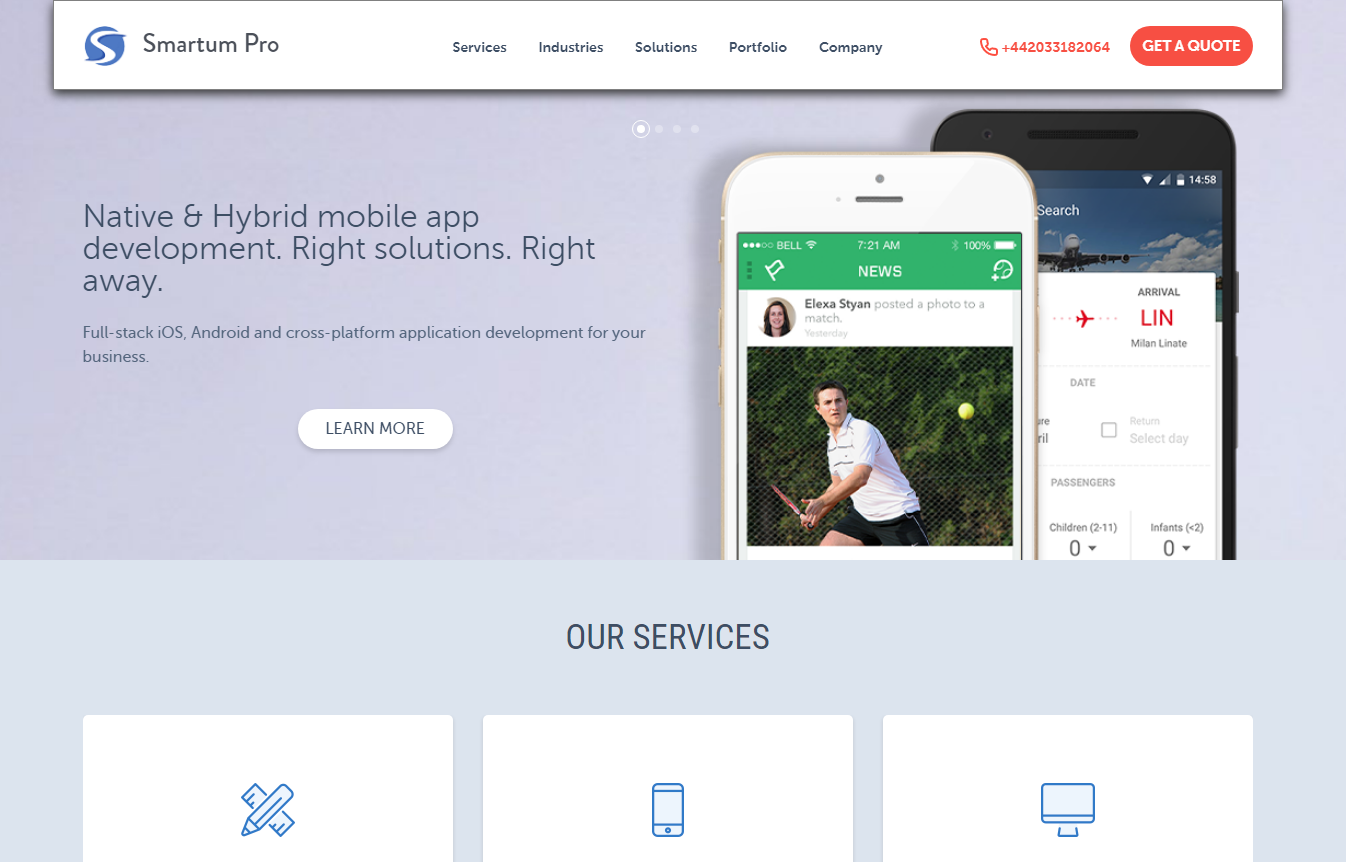 Smartym Pro is a pretty decent Laravel development company specializing in building Laravel projects. It also has a good reputation for its robust and market-leading web solutions. You just have to take a look at some of their previous builds to know that they’re good at what they do.

Their management team is at the top of their game with a bunch of certifications, and they use popular methodologies like Agile and Scrum to make sure that they’re as efficient for their clients as humanly possible.

This company has a name that sounds like something that would be nice to eat, but they are, in fact, one of the world’s top Laravel companies. With main offices in the US, they can cater to global Laravel development projects and are essentially industry agnostic, working across the board.

They’ve put a lot of time and effort into building a skilled Laravel development team, and the effort clearly shows. Their website builds are comprehensive and well-developed, and they also have a good reputation for affordably priced builds that are fully realised and multifunctional. There’s a lot to like.

This company started 25 years ago and is based in Kirkwood, Missouri. Their US-based development team might not be as affordable as others on this list, but it provides a little extra peace of mind.

Tuva is known in particular for its high-quality designs and absorbing user experience, which is why they have such a high retention rate amongst their clients. Speaking of their client base, they work with a pretty diverse set of companies across a vast range of industries, with the result that while they might not be the cheapest on this list, they do have one of the more impressive portfolios.

Highland Solutions is a Laravel specialist development company with headquarters in Chicago. They use Laravel as a base to create a variety of different digital products and applications and happily work with any company in any industry and of any size.

They were founded around twenty years ago and have a multidisciplinary team consisting of developers, designers, marketers, strategists, and more. Everything that they do is designed with the end-user in mind, but they also partner with clients as an extension of their team to grow as their partners succeed. 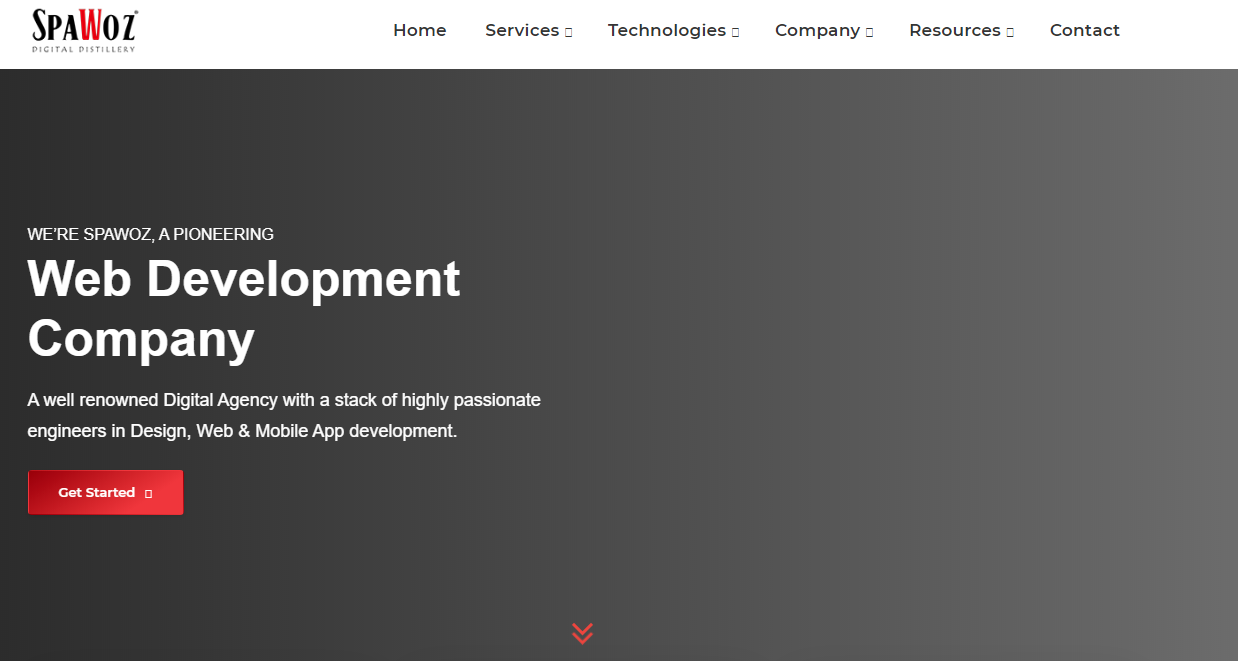 This Laravel development company services clients from all over the globe and has made an impressive mark on the industry in just the five short years in which they’ve been going. They’re known for quick turnarounds and scalable builds that grow with the company and can easily be tweaked down the line to add new features.

There are pros and cons to their relative youth. On the plus side, it ensures that they’re still hungry and still determined to prove themselves with every build. This also means that they’re pretty up-to-date with the latest best practices and don’t have any of the bad habits that some other companies have as leftovers from the early days of Laravel. On the downside, they don’t have a long history of excellence as some of their competitors do.

Can we use Laravel for big projects?

The simple answer to this is yes: and in fact, it’s a pretty good idea because you’ll save a ton of development time on larger projects by tapping into all of the stuff that Laravel comes pre-loaded with. For example, if you need to build authentication, then using Laravel can make your job a whole heap easier.

You also don’t have to worry about running into the limitations of the software because you can pretty much scale up your build as much as needed. There’s a reason why it’s so celebrated because of its versatility.

If you’re looking for a decent Laravel Development Company, Zfort Group is a clear choice. That’s because they have proven experience of working with the technology, as well as a whole heap of satisfied clients who are quick to sing the company’s praises.

Zfort Group offers a variety of other advantages over the competition, too. For example, they have relatively low overheads and can pass those savings on to their clients, meaning that you’ll pay less and get more from it. What’s not to like? 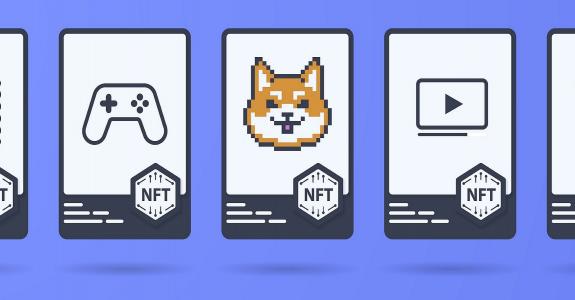