A warm Sunday morning of August 12... The basketball courts are filled with pleasant sunlight. It was 9 o'clock when the most inpatient participants started to gather. Why did they come there? Because of the second basketball tournament among IT-companies organized by our company – «Zfort BaskITball Summer Cup».

All the teams rushed into the fight to gain a victory in their group immediately after a grand opening and a toss. The most games were hard struggle, but the air was full of friendly atmosphere. Excellent music and nice weather were pleasant bonuses of the tournament. The teams became more serious in the quarterfinal, as there was no room for mistake and they had to win to get to the next round.

Pairs in the quarterfinal formed by a toss:

Every game was amazing. The fans jumped from their seats each time one of the teams scored. NIX Solutions had a hard time while playing with GlobalLogic – it was their principal rival in the past winter tournament finals. The game was very stressful and the winner was identified only during overtime. Pairs in the semifinal: QArea and Ciklum teams passed to the final with amazing confidence.

After a short rest there was the final game. The match for the third place between NIX Solutions and Zfort Group turned out to be one of the most stressful and breathtaking. Only during the last seconds of overtime, Nix Solutions' team was able to snatch the bronze medal.

In the final, a team from Kiev didn't miss the opportunity to take the trophy and golden medal to the capital. Our congratulations to Ciklum's team (Kiev) – Champions of Zfort BaskITball Summer Cup! QArea's team is the silver winner. A lot of positive feedbacks about the tournament were received from all the teams. Here are some of them:

The captain of DBBest team, Sergei Mazur: "I represent the DBBest team. We really enjoyed the tournament. That's a pity that we have not passed to the playoff, but we gave a try and had a look at the others. We've got a very valuable experience of participation in this kind of events. It would be very nice if such events went on a regular basis. "

The captain of NIX Solutions team, Igor Kolenbetov: "We are satisfied with the tournament, a friendly atmosphere and nice music – it was cool. Of course, we wanted to win, but the third place is also nice. We look forward to the next tournament.”

A review from the captain of the winning team – Ciklum (Kiev), Alex Bubenshchikov: "Thank you, Zfort Group and Kharkov for a great tournament! There was much of sun, great music and positively-minded rivals – everything you need for a good mood! Come to Kiev!:) "

Immediately after the tournament the captains were discussing the idea of Kharkov basketball IT-league. Such a league wasn't held yet, but taking into consideration the number of the teams wishing to participate in such tournaments, there is a good chance to create it.

This is great that sport movements in Kharkov are developing and year to year there are more opportunities to take part in the life of your company, make some new acquaintances among the IT community and have so much fun!

See you in the future tournaments! :) 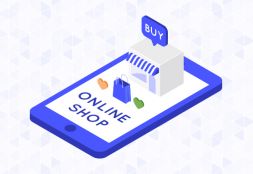 Magento 2 VS. Shopify: What is the Difference? 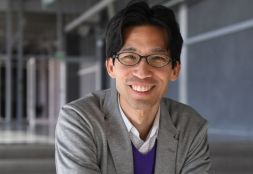 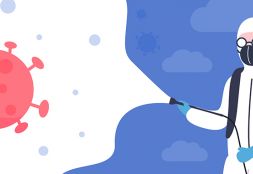 Stay Safe and Wash Your Hands!